Who am I? My name is Jaroslav Musil I am from the Czech Republic and recently I moved to Brazil and got a permanent visa. I live here with my Brazilian girlfriend and together we are looking for opportunities here! Below I have summarized a few points which were important for me when I came here.

Being strong at the beginning

Initial period here in Brazil was really difficult for me. I was born in a little town in the central part of Europe with only 30,000 inhabitants. Then I moved to a bigger city with the population over 1,000,000 inhabitants. This was considered as my peak until that time! Last year (November 2016) things have changed and I have moved to Sao Paulo – one of the biggest cities in the southern hemisphere. Beginning was really hard, huge amounts of people in the metro, long queues, large number of cars on the roads, traffic jams, huge stores. Simply everything in an extra package J It got really complicated when dealing with bureaucracy and government. Together with my Brazilian girlfriend we had to manage on how to get a permanent visa, it was really tough part! Cultural differences and different habits were causes of arguments between me and my girlfriend at the beginning. I would say that the first month was the most difficult and I was questioning my decision of moving to Brazil was right. You might have feeling that everything is too much and that you cannot overcome these issues. Trust me, everything is gonna be alright! Important is to stay calm and not to panic (too often J ). People here are always willing to help you with whatever problem you might have, even though you do not speak their language properly (or you do not speak Portuguese at all). Remember that every problem has a solution and here more than anywhere else is important to be patient!

When I first came to Brasil for a short vacation in December 2014 I could barely greet people. Portuguese was a language very different from my native tongue (Czech language) and from English as well (even though some similarities exist with English). What I found really inconvenient was that I was not able to talk to people around me unless they spoke English. Everything is fine if you are within touristic area (hotels, resorts, shoppings, etc.) because staff sometimes speak English. You might be facing some difficulties when leaving the main touristic points. In the places like railway station, bus stations – often times you can find signs written in English, but its very rare to find somebody who speaks English. In terms of using public transportation or buses across the country, it is better to note down a couple of important phrases in Portuguese which might be useful. However if you really want to enjoy and feel the Brazilian soul I highly advise to learn at least basics of Portuguese. Taking classes of Portuguese either before or during your stay in Brazil will make your life here much more enjoyable. People here are not shy to talk, so don´t be surprised when they start a conversation with you on whatever place. People here are very curious about us „gringos“. However if you are considering to move to Brazil for a longer period of time it´s essential to learn Portuguese. I think it would be extremely difficult to endure here only with the knowledge of English. The best investment is to learn the local language and socialise much faster!

Next week I will talk a little bit more about meeting the locals e enjoy Brazil!!! 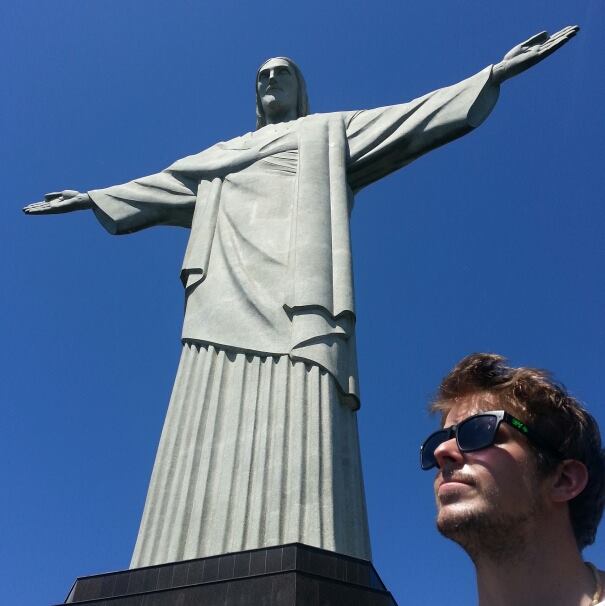